why do the beatles continue to be so popular? 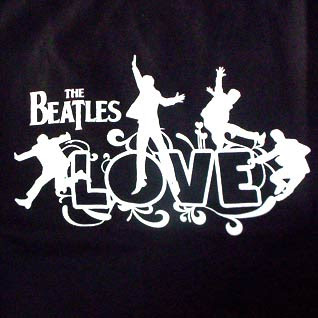 Talk about a clichéd question, right?


However, since I haven't yet found a satisfying answer (and I'm not content with the typical fan response of "It's because their music is awesome, omgggg!!!111"), I'm going to take a crack at providing a--hopefully--more analytical answer.

First of all, I think it's important to point out that I wouldn't consider this question an interesting one if applied to any other band from the 60s or 70s. That's because the continued popularity of the Beatles--as measured according to any number of metrics, from album sales to number of instagram accounts devoted to the group--is at a level no other group from that era has attained. It's not interesting--to me at least--why people continue to listen to and buy Rolling Stones or Dylan records. The music is great, so why not? But the devotion to the Beatles remains at a level that isn't at all inevitable nearly 50 years after the band's breakup.

Second of all, it's important to point out that, at least for me, I don't think it comes down to nostalgia--at least not completely. After attending four McCartney concerts (three this summer, and one two years ago), I can attest to the fact that just about every age bracket was represented in the audience, and there were more than a few young people there without their baby boomer parents. For a perhaps more objective piece of evidence, take the fact that Urban Outfitters (a clothing company that explicitly caters to people 18-34 years old) has begun carrying Beatles t-shirts and Abbey Rd posters. The Beatles have suddenly become cool with hipsters.

So if it's not nostalgia, what is it? I believe it's the fact that the Beatles provide a comprehensive fan experience. That means that, while other artists provide great music and perhaps a few interesting interviews or even a film (The Last Waltz, anyone?), the Beatles provide the following:

1. A relatively large, but (most importantly) varied discography that is musically complex and innovative enough to remain interesting, even after hundreds of listens. Beyond the core 13 studio albums and 22 singles, fans can engage with the 6-disc Anthology series, the Live at the BBC collection, and a virtually endless supply of bootlegs and unofficially released albums, like the excellent Hamburg 1962 shows.

2. 5 feature-length films, which vary in quality, but which nevertheless remain interesting, even after hundreds of viewings (this is particularly true with A Hard Day's Night and Yellow Submarine).

3. Countless interviews, which are virtually all available on YouTube and which collectively provide hundreds of hours of footage. The wit the group possessed means that the interviews remain fresh and entertaining.

4. Thousands--dare I say even close to a million?--photos. This group was photographed more often than any other. Not only does that provide some measure of entertainment, but it provides artistically inclined fans with material for artwork. Indeed, the group has inspired a tremendous amount of beautiful artwork, from amateur drawings and photograph manipulations, to Cirque du Soleil.

5. A fascinating back story, which we have access to on a level unsurpassed by any other group. The story of the group's rise to fame, years in the spotlight, and famous breakup, is the stuff of Hollywood films. I can personally attest to how easy it is to get caught up in the romanticism of their early days in Hamburg, not to mention the twists and turns of their whirlwind 7 years at the top of the world.

These five elements provide, in a sense, a tremendous amount to do for a fan. The Beatles are to the fan experience like an advanced role playing game is for a video gamer. It's easy to spend hours playing one of those video games that involves exploring a world because there's just so much to do. You're much less likely to get bored than you would if you were playing Tetris.

But the final element that makes the Beatles so incredibly popular is, I believe, how unabashedly optimistic and life-affirming virtually everything they produced is. Of course there's a good deal of bitterness in their backstory, but when it comes down to the music, the interviews (for the most part), and the films, being a fan of this group means engaging with material that's bound to leave you happy.

Do you agree? Disagree? Let me know in the comments!
Posted by 4headedmonster at 4:16 PM