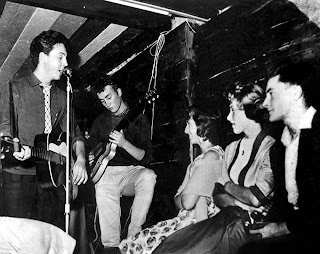 I believe it's important to recognize the people who made the Beatles who and what they were. In that spirit, once in a while I'll feature someone whose role in shaping the group's career is under-appreciated. The first feature is Mona Best, the mother of Pete Best (the infamous drummer who was kicked out of the group after general misgivings about his abilities came to a head when George Martin refused to record with him).

Mona was born in India, but moved to Liverpool with her sons Pete, Rory, and Roag (allegedly the son of more-famous Beatle supporter, Neil Aspinall). A real firecracker--and all around cool mom--, she opened up the Casbah Coffee Club in her basement as a club for her sons and their friends to hang out in and listen to rock n roll. The Quarrymen (the Beatles before they were the Beatles, of course) regularly played there instead of the Cavern Club, which at that point had a jazz-only policy. The Casbah represents an unusual convergence of interests and collaboration between adults and teenagers in a world in which they were most often adversaries.

The boys who would become the Beatles (and their friends and then-bandmates) left a personal touch on the Casbah. They helped Mona finish painting the walls (you can still see a silhouette of John that Cynthia painted on one of the walls). The Quarrymen had a residency at the Casbah for a while in 1959, which paid them 3 pounds a night total. Though a quarrel ended their residency prematurely, the boys (at that point the Beatles) played the last show ever at the Casbah, in 1962. In the mean time, the membership list for the Club had reached to well over 1,000.

Years later, John borrowed a few of Mona's father's war medals for the cover of Sgt. Pepper's. This is just one example of how the boys stayed in touch with people who had helped him in their early years (Klaus Voorman is another example, but that's a story for another post). 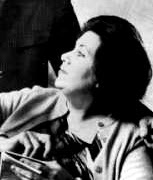