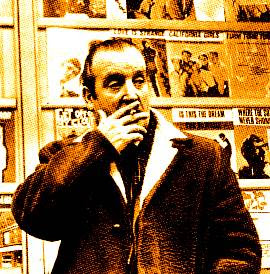 I decided to change the name of this feature from "Beatle Supporter Spotlight" to "Beatle Affiliate Spotlight" just this once, since I hesitate to call Alf Lennon, John's father, a Beatle supporter. John certainly wouldn't have considered him a supporter of anything with which he was affiliated. However, without purporting to know the inner workings of the Lennon-Stanley family drama, I'd like to make some effort to clear Alf's name.

The legend of John Lennon's childhood--as it's told in most books and in Anthology, which some consider more mythology than fact--is that Julia and Alf had John by accident and, Julia unable to care for him due to her own emotional and psychological issues and Alf out to sea and thus out of the picture, gave him up to his Aunt Mimi, who cared for him as though he were her own son.

It's true that John was an accident; there's no doubt about that. It's also true that he was raised by Aunt Mimi. However, in the story as it's usually told, Alf is cast as an irresponsible father who simply abandoned John and Julia. Part of the reason for that bias is that John described him as an unequivocally negative force in his life. This is in contrast to how he described Julia, whom he resented for abandoning him, but whom he obviously loved deeply.

While John was obviously present in the situation, it's dangerous to take his account of the situation as the gospel truth, since he is probably the most biased source for information. So let's look at the facts:

Alf worked as a sailor, which meant that he was inevitably gone a lot. Liverpool is a port city and sailors made good money, so it's not reasonable to vilify him for taking a well-paying job, even if it took him far from home.

Aunt Mimi took John in after Alf and Julia fought over him. However, all evidence points to Alf as the one who attempted several times to keep the family together. Julia, on the other hand, had at least two affairs, one of which resulted in another child. Alf appeared willing to turn the other cheek and reunite the family anyway, for John's sake. When Alf and Julia asked John to choose between them--an unequivocally cruel act on both of their parts--and John ran to Julia, only to turn to Alf and ask him to come too, Alf made one last plea to Julia to reconsider tearing the family apart. When that failed, Alf sat and watched as John and Julia left. Who knows why he didn't follow them; perhaps he was frustrated, or perhaps he felt it wouldn't make a difference anyway.

In any case, it appears that, complexity and lack of complete information notwithstanding, Alf has been given an unfairly bad reputation in Beatlelore. It's high time to separate John's emotions from the situation, and look at the facts when evaluating the players in his life. 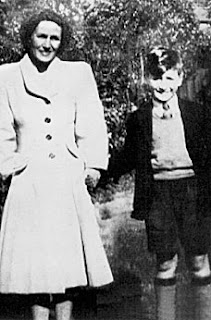