The Four Dimensions of the Beatles 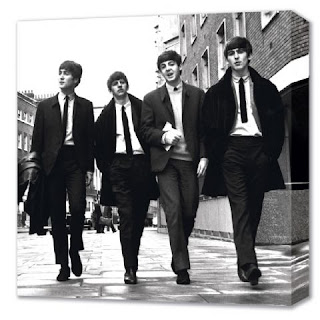 As the title of this blog makes clear, the Beatles were, in many ways, the sum total of four individuals. After John was killed, when people used to ask George whether the remaining three would ever get together and do a reunion tour, he said "We won't get together as long as John Lennon remains dead. Without John, it wouldn't be the Beatles." That's certainly true; however, we can learn a lot about the group experience by taking a look at each member's experience. This exercise can teach us a lot about group dynamics, why the group broke up, and why each member's solo career followed the trajectory it did.

So let's take the boys one by one. I'll do it in the typical order: 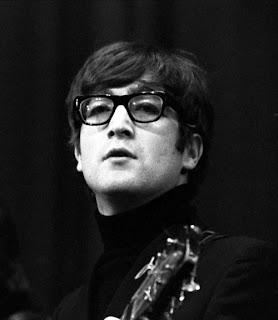 John - John was the unequivocal leader of the group, at least at the beginning. That's not exactly denied. However, his insecurities--most of which stemmed from his sinking suspicion that he was never really wanted as a child--often made him an erratic leader. At the beginning, this was less of an issue, since the group's activity was largely dictated by tours and the pressures of keeping to their contract of releasing a certain number of albums and a certain number of singles each year. Moreover, Brian Epstein was around to keep everyone in line. However, after Brian died, John's experience changed significantly. He began to spend a lot of time at his home in the suburbs of London, watching TV in a drug-induced haze. Having lost him as a leader, Paul filled the void, and began to take an active role in getting the group together to record. John was very threatened by this move, and tensions began to build between John and Paul. Many people argue--and I'm inclined to agree--that John brought Yoko into the studio largely because he knew how much it would upset Paul. John then began to withdraw into another world, in which he and Yoko were the only inhabitants. You could say that they were in love--I'm sure they were--but I think it was also a reaction by John to the fact that Paul had taken control of the group.

John's solo career reveals his desire to exist in a world only with Yoko. He did limited live performances and recorded songs, many of which were intensely personal and involved Yoko to a significant extent. 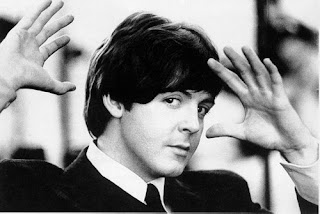 Paul - Paul McCartney is the consummate performer. He lives to perform, and it would be fitting if he died (hopefully many years from now) performing. It's all he ever wanted to do. At the beginning, Paul played the role of almost vice president of the group, and full collaborator with John. However, once Brian died, Paul took control of the group, realizing (rightly, I think) that without his leadership, the group would dissolve. Some of Paul's ideas worked tremendously well (Sgt Pepper's) and some fell flat (Magical Mystery Tour). Although taking control of a group of musicians (well, really just John and George) who were entirely ambivalent about being in the group was incredibly frustrating for Paul, I've always thought that he would've gotten the group back together once they resolved their differences. He believed the group should end, but I think he would have been more than ok with a Beatles: Part Two.

Paul's solo career reveals his desire to remain the well-loved performer. He craved being a band, so he formed Wings. Even in the post-Wings era, he continues to tour fairly regularly, and includes a significant number of Beatles songs in his set. All he's ever wanted to do is please an audience, and I think Paul thinks of himself as the sole access point people have to the Beatles right now (realizing that Ringo just can't put on the same sort of show). 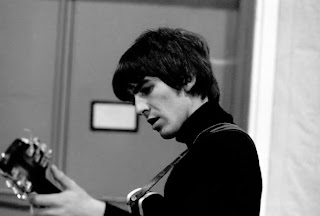 George - George's experience in the Beatles is perhaps the most complicated. In fact, it might merit its own post. For now, I'll say this: All George ever wanted to do was play guitar and be a successful musician. In that sense, he enjoyed being in the Beatles and never thought it was a 100% mistake. However, George's personality was not conducive to being happy as a celebrity. He was an intensely personal person, and not someone who enjoyed being at the front of a stage. That made being in the most successful group in the world an often-painful experience for him. George was highly skeptical that fame and fortune were worth being frightened that someone would attack or kill him, or even just losing his privacy and ability to live a normal life. This alone was enough to make him want to quit the group by 1966/67; however, his inability to develop his songwriting in the face of John and Paul's output made the experience that much harder. All of this means that George came across in the post-Beatles years as highly ambivalent about his experience. I think he eventually saw it as something good, but it took him quite a while to get there.

George's solo career reveals his desire to continue releasing music, but maintaining a private life at the same time. He did only one proper tour (North America in 1974) and one limited tour (Japan in 1991). The other live performances he did had other purposes (the Concert for Bangladesh, the Prince's Trust concert). 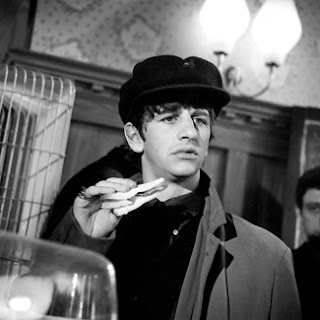 Ringo - Ringo's experience in the group is the simplest to pin down. He was grateful to be in the group, and had a wonderful time releasing music, playing shows, and being part of an intensely close band of brothers. Ringo has said that he didn't want the group to split up, and if John had lived, I have no doubt that he would've agreed to a reunion.

Ringo's solo career reveals his desire to simply keep performing for people and releasing happy pop music. Ringo is just incredibly happy to have been a part of the entire experience.

So there you have it! If you disagree with my mini personality profiles, please let me know in the comments.
Posted by 4headedmonster at 7:43 AM