how younger fans are keeping the beatles alive 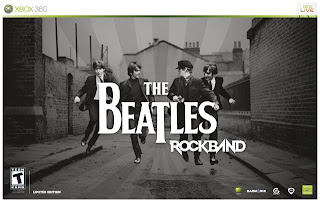 I wrote a post a while back about the advantages of being a fan now. Beyond those advantages, though, I think it's important to acknowledge the contribution younger (well for the most part younger) fans have made to the artistic phenomenon that the Beatles have become. I have a vested interest in making sure younger fans are appreciated, since I'm 24 years old, but I think it's something everyone should care about.

George said that the Beatles would go on even after the members had died, and I think we're seeing that happen right now. With the help of the Internet and improvements in graphic design, people all over the world have expressed the style and music of the Beatles in highly creative, original ways.

I'm going to highlight just a few of my favorites here, but there are literally thousands of brilliant creations I could've included. I don't own any of this, so if you made any of these and want credit, please tell me.

The artist calls this "Lost in Thought and Time." It was made by a 17-year-old from Brazil.

This one suggests quite creatively that, even in 1969, the 1964 Beatles were still there somewhere.

Some of them are really funny!

I especially love how an artist from deviantart.com colorized this picture of George.

And finally, I love this one. I don't know why it says "mcbeatles" on it, but regardless, it's beautiful.

So there you have it. This is just a tiny selection of the hundreds of thousands of pieces of art second and third generation fans have made, utilizing newer graphic design technology to breath new artistic life into the music and imagery we all love.

I got the above images from:
deviantart.com
fuckyeahbeatles.tumblr.com

Finally, the image next to this post is from the video game The Beatles: Rock Band. Dhani Harrison came up with the idea as a way to expose the Beatles' music to younger fans. It's been pretty popular, so hopefully it's achieved that purpose! There are rumors of a new version coming out soon.
Posted by 4headedmonster at 2:22 PM