song analysis: isn't it a pity 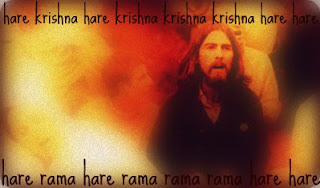 I'm trying out a new feature for this post: song analysis. Realizing that not everyone has the musical theory background to understand chord analysis and all that, I'm going to try to keep it relatively non-technical and explain clearly the technical terms I do use. Hopefully everything is clear, and I get my point across!

Before I analyze "Isn't It A Pity," I want to say one more thing: when I make statements about this song--or any other--I'm not implying that I think the songwriter intended to one thing or another with a chord or a lyric. I'm only making an argument about how I interpret the song.

My main purpose in this analysis (which, by the way, is of the longer version of Isn't it a Pity) is to point out what I see as an interesting relationship between chords and lyrics. The chord progression George chose served, I think, to highlight the lyrics, lending the chords some role in emphasizing the message conveyed by the lyrics.

To lend support to my argument, let's look at the lyrics and chords together. We only need to look at one verse, since the chord progression is the same for all the verses, and the chords line up with similar lyrics in all the verses.

Here's the first verse. The chords change with the words they're next to. So you start on a G, and then change to the C#m7b5/G when you sing "pity."


How we break each others (Gdim7)hearts


How we take each others (A7)love

Examining the chord progression in this verse, you'll see that it's based on four progressions:

You don't need to understand what those symbols really mean to understand my argument about how they work with the lyrics. If you listen to the song while looking at the chords and lyrics I posted, you can hear (I hope) when the chords change.

As you're listening, hopefully you can hear how at the beginning (when he's on a G chord) there's something of an open, happy feeling. Then, when he switches to the C#m7b5/G on the word "pity," things take a turn for the melancholy. To me, the chord sounds not only sad, but closed, if that makes any sense. We then hear him switch to a Cmaj7/G on the word "now." I think of that chord as something of a transition back to the G, which he returns to on the word "pain."

So what does this have to do with my argument about the lyrics? Well, look at the words he's singing when he hits those melancholy chords: pity, heart, love, and back. The song is obviously about how terrible it is that people lack compassion. So those words are some of the most important parts of his tragic message. Using melancholy chords that close us in from the happy world of the G chord helps accentuate his message, emphasizing the importance of the words pity, heart, love, and back.

Hopefully I got my point across! If you don't know chord theory, don't worry! Just listen to the song with the chords and lyrics in front of you, and hopefully you'll be able to hear how the chords change the atmosphere of the song.

As always, let me know what you think, especially if you disagree!

Email ThisBlogThis!Share to TwitterShare to FacebookShare to Pinterest
Labels: all things must pass, george harrison, isn't it a pity, song analysis