would the beatles have existed if john's mother hadn't died? 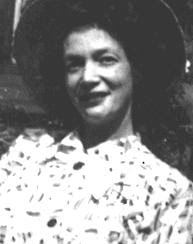 In the emotional life of John Lennon, Julia (his mother) played perhaps the largest role. This is ironic, of course, considering that Julia died when John was 17 years old. The circumstances surrounding her handing over 5-year-old John to her sister Mimi are quite controversial and, though it's pretty much established that Julia was eccentric and perhaps irresponsible, we will likely never know for sure why Mimi reported Julia and her husband Alf to Liverpool's Social Services, prompting them to grant Mimi custody of John.

In this post, I'm not going to attempt to explain the circumstances of John's upbringing. Instead, I'm going to propose that, from the point of view of fate, Julia's abandoning of John and, in particular, her untimely death, were events, without which John Lennon would not have been nearly the brilliant artist he was.

Ian McDonald wrote in his biography of John that Julia was perhaps his greatest muse. Indeed, some of his most wrenchingly beautiful songs (Mother, Julia, etc.) are written explicitly about her. However, it's entirely possible that, had Julia not abandoned John, leaving him in the hands of the well-meaning, but strict Mimi, John would not have experienced the emotional trauma that sparked the rebellious spirit that found an outlet in the formation of a rock band.

But let's say John was caught up in the rock n roll craze of the 1950s anyway, so he started the Quarrymen while living with Julia. Had Julia not died when John was so young, he might not have formed quite the close bond he did with Paul, whose mother died from breast cancer when he was a teenager. Sure, the boys undoubtedly bonded over their songwriting talents and ambition to make it as a band, but the opportunity to actually show the pain they felt over losing their mothers (a pain male Scousers of that time could undoubtedly not show in public) was absolutely a significant means by which they became closer. Take a look at this line in the song Paul wrote to John after John was killed: "Remember the night we cried, when there wasn't any reason left to keep it all inside." And this one from Lennon's "My Mummy's Dead": "I can't explain/so much pain/I could never show it/My mummy's dead."

There's obviously no doubt that John--and Paul, for that matter--were born with the creative potential to form the Beatles. However, had it not been for Julia's abandonment of John, and both boys' mothers' untimely deaths, there is a good chance that the Beatles would have been little more than a solid, local rock n roll group. Or they might not have existed at all.

Posted by 4headedmonster at 4:20 PM